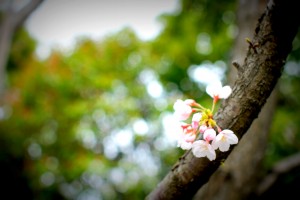 * We generally handle criminal cases in Kanagawa prefecture (Kanagawa-ken) only.  *

For people who cannot speak Japanese, the criminal procedure in Japan is extremely frustrating. The police and the prosecutor will provide an interpreter, but not all the interpreters are competent (maybe I should clearly say that many of them are incompetent).

If you are unfortunately arrested and detained in Japan, you will usually be detained for 10 – 23 days, and will be interrogated by the officers. The questions and the answers at the interrogation will be translated by the interpreter (who may be incompetent). The officers will make your statement sheet in Japanese language only, and asks you to sign the statement.

If you sign the statement, it is very difficult to argue about the credibility of the statement later at the court. Even if the interpreter was very incompetent, many judges just think “well, you signed it.”

If you feel that the interpreter is incompetent, maybe the best option is to refuse to sign the statement. You have the right to do so (don’t forget that you even have a right to remain silent). But this may give an unfavorable impression to the officers (and also the judge), even if you are to confess about the crime itself and you just want to make clear about the trivial matters.

Deciding not to sign the statement is very difficult without a help from a competent defense counsel. Making things worse is, even if your defense counsel is competent in Japanese, you may not be able to correctly understand his/her explanation if the interpreter is incompetent.

After the investigation, you may have to go to court for the trial. At the trial, there again will be an interpreter (usually a different person). Everything at the court will go on in Japanese. Every record is made in Japanese. Even if the interpreter makes a critical mistake (which is not rare), nobody may even notice that, and there will be no record of that too.

So, it is very important to have a competent defense counsel (Bengoshi lawyer) who can communicate with you directly in English. If the counsel can understand English, he/she can also check the translation at the court.

It is advisable to get the English speaking counsel as early as you can. If you wait for one day, a critical statement may be made on that day.

Our standard fee for criminal cases are as follows (English speaker’s case).
The fee may vary depending on the difficulty/complexity of the case, so please don’t hesitate to contact.
Consumption tax will be added.

Q – My son was arrested in Japan and I’m in the United States. Can I assign the defense counsel?
A – Yes. But the defense counsel will need the original copy of the “Notification of Assignment” and it will at least take several days to send it from US. The better way will be to ask an attorney to go and meet your son to the place of detention. If your son talks with the attorney and thinks that he wants the support from that attorney, he can assign the attorney as his defense counsel. Then you can pay the fee for him from US.
(Our fee for the first meeting is 30,000 yen – 100,000 yen plus travel expense, depending on the place of detention. Our office is located in Kawsaki city which is near Tokyo and Yokohama.)

Q – I would like to hire the counsel if the counsel can promise that I will not get any criminal record.
A – We can provide you about the prospect of the case, but we do not promise the outcome. If the attorney can actually control the outcome of the criminal case, many people would pay a lot of money to the attorney, but that is totally impossible in this country.